Co-funded by the Prevention of and Fight against Crime Programme of the European Union HOME/2012/ISEC/AG/INT/4000003868
LIBERA – Associations, Names and Numbers against the mafias 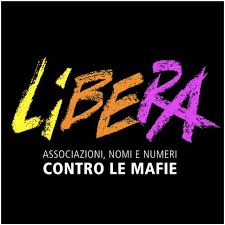 LIBERA – Associations, Names and Numbers against the mafias was born on March 25th, 1995 with the purpose of involving and supporting all those who are interested in the fight against mafias and organised crime. Libera is presently a network of over 1,600 associations, groups and schools, committed to build up organisational synergies between the political and cultural local realities capable of promoting a culture of legality. The law on the social re-use of the assets confiscated from organised crime, the education to democratic lawfulness, the fight against corruption, the camps for anti-mafia education, the support to the victims of the mafias and their families, the campaigns promoting social justice policies, the projects on work, development and anti-usury activities, are some of Libera’s concrete commitments.

ALDA – the European Association for Local Democracy is a non-governmental organisation dedicated to the promotion of good governance and citizen participation at the local level. ALDA in particular focuses on activities that facilitate cooperation between local authorities and civil society.
ALDA was established in 1999 at the initiative of the Council of Europe’s Congress of Local and Regional Authorities to coordinate and support a network of Local Democracy Agencies which was established in the early 1990s. It remains one of its supporting programmes. It is the umbrella organisation of the Local Democracy Agencies which are self-sustainable, locally registered NGOs that act as promoters of good governance and local self-government.
ALDA is a membership based organisation gathering more than 150 members (including Local Authorities, Associations of Local Authorities and non-governmental organisations) coming from more than 30 countries. ALDA is funded through membership fees and project funding from the European Commission, the Council of Europe and other public and private donors. 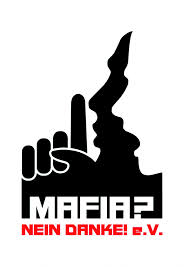 Mafia? Nein, Danke! was born in Berlin only a few days after 6 members of a ‘ndrangheta clan had been killed by rivals in Duisburg in August 2007. It was born from the necessity to create an anti-mafia culture in Germany, where the civil society is still today not informed and aware about the presence of organised crime associations in their territory and their activities.

As a first step, only two weeks after the Duisburg incident, the Berlin police and a not yed named group, the later Mafia? Nein Danke! e.V., set up an agreement about intensive cooperation between security forces and members of the Italian community in Berlin, the so called Berlin Sicherheitsvereinbarung. This happened only two weeks after the Duisburg killings and was decisive for the succesfull fight against Italian mobsters proven by the arrest of two Camorra gangsters at new year’s eve of 2007. Armed Special forces (the so-called SEK) blocked these gangsters in the middle of a highly frequented road in the heart of Berlin. These mobsters had asked protection money (pizzo) from entrepreneurs and Italian restaurateurs. Mafia? Nein Danke! e.V. was created to unite them in order to denounce the blackmail and fight it as a collective.

The aim of Mafia? Nein Danke! is to garantee an efficient and effective fight against organized crime and grant security for potential victims.

European Alternatives (EA) is a transnational civil society organisation and citizens movement promoting democracy, equality and culture beyond the nation state. We believe the nation state is no longer the appropriate political form in which to define democratic decision-making and active citizenship, equality between people, the respect and extension of rights; it not the appropriate political form to promote a responsible politics for the environment, ensure democratic control over the economy and an equitable distribution of wealth, or promote peace between people. Accordingly, new forms of transnational citizenship and new practices of transnational participation must be fostered.

The Bulgarian Italian business organizazion is a non-profit organization for private benefit that promote development of commercial, financial and cultural ties and economic and technical cooperation between Bulgarian and Italian companies, organizations and individuals. BIBO’s aim is to create and develop cooperation with similar associations in Italy to promote Bulgarian Culture in Italy, protecting the rights and the interests of members before government bodies, business organizations and others through its organizational and administrative competence and permitted by the laws of the country objectives.

Re:Common is a public campaign membership based organisation challenging the financialisation of the natural commons in solidarity with affected communities both in the South and in the North and advocating for new and democratic public financial institutions at national and global level to promote the commons.

Re:Common works to produce structural change both in finance and the ways natural commons are dealt with, in solidarity with those directly affected by an harmful and unjust development model, both in the global South and in Italy and Europe.

In order to achieve its long-term goal Re:Common will have a stronger commitment to developing, promoting and praticing alternatives reclaiming both public finance and public interest natural commons policies.

Terra Del Fuoco is an association founded in 2001 in Turin committed to supporting the paths of active citizenship in the defense of the dignity and human rights. Deals with international cooperation; It develops youth project of european citizenship education and promotes the integration of migrants. Since 2005 Terra Del Fuoco organizes every year the “train of memory” that brings thousands of students from high schools from all over Italy to visit the concentration camps of Auschwitz and Birkenau. From the experience of the Train of Memory were born associations Terra del fuoco Mediterranea, which for 10 years operates in Puglia in southern Italy, and Terra del Fuoco Trentino.

Since 2006 Terra Del Fuoco works with migrant communities in Turin, in particular with the Rom community and was the first company to implement a project of self-recovery: a disused stable in the Municipality of Settimo Torinese was completely renovated by the Rom families living in abusive camps and is currently committed in the realization of a project in Turin “La città possibile”, which include more than 600 Rom people currently living in illegal camps in housing  paths.